Should you happen to take a walk some day in Sauvebonne valley, near Hyères in the Var, you might be surprised to discover one of the most beautiful plantations of musical reeds in the world.

This plantation was founded by the Donati family, specialists in musical reed cane for over 80 years, for the production of reeds used in clarinets, saxophones, oboes and bassoons.

The Var department produces the finest reeds in the world for these instruments, thanks to the exceptional vibratory qualities of its reed canes, strengthened by the continual swaying of their stems in the Mistral wind and Provencal sun.

FIND OUR MORE ABOUT OUR COMPANY 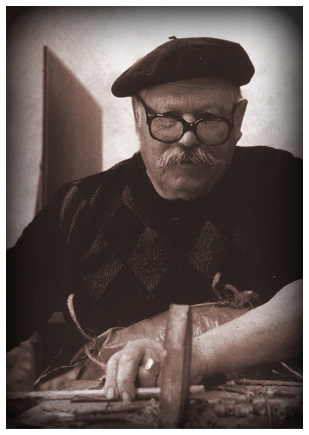 In 1932, Italian immigrant Honorat Donati set up a workshop in Carqueiranne in the Var producing reed and wicker baskets used for sending cut flowers to markets in Paris, Berlin, London, and other cities in France and Europe.

At the time, this was the only form of packaging possible for the transportation of bouquets of flowers under suitable storage conditions, due to the very long travel times involved. Carqueiranne was the leading production centre for cut flowers in France. Reed cane has the unique feature, thanks to its capillary capacity, to keep flowers fresh for an extended period.

In parallel, Honorat Donati would gradually develop a speciality inherent in Var reed: the selection of certain canes for the production of reeds used in musical instruments such as clarinets, saxophones, oboes, bassoons and English horns, demand for which was soon to grow thanks to the advent of jazz and the development of classical music all over the world.

Until the mid-1980s, the reed came from a selection of “wild” Var cane plants.

Would you like to ask a question, request a quotation, or obtain more details about any of our products?
Feel free to contact us, and we will be pleased to respond to you as quickly as possible.